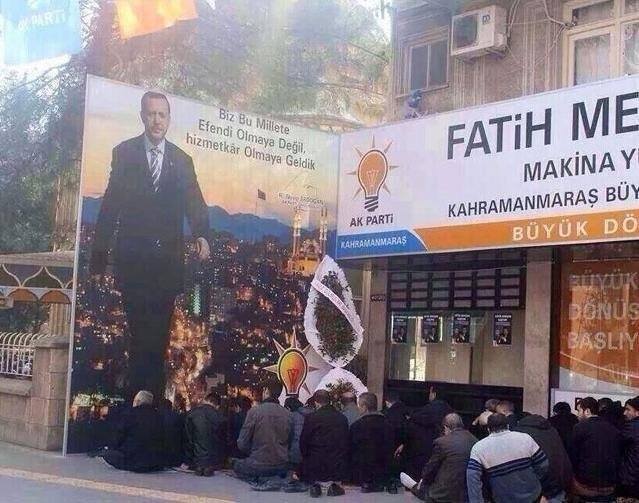 Do you really think that I am shallow enough to get upset about tacky photoshop of the Icelandic flag with a heap of shit on it? Look, you are the suckers who worship flags and politicians, I don’t. A few decades ago the Icelandic flag symbolised the nation’s fight for independence. Today it is just a symbol of toxic nationalism, celebrated mainly by Islamophobes, including those despicable racists who attack Turks for being Turkish. Please shit on the Icelandic flag as often as you like. I will shit on it too, once I run out of pictures of Erdoğan.

And why do you think that cursing Christianity and shouting something as pathetic as “fuck Jesus Christ” bothers me? Jesus was a remarkable man, but I’m not a Christian and even if I were, this is not creative enough to offend me. I am not religious but I do believe in the freedom of expression, and I respect your right to tell Jesus to fuck off. Just like I respect your right to draw pictures of prophet Muhammed if you feel like drawing. Just like I respect Böhmermann’s right to publish this poem.

As for my person, you can call me any names that cross your mind and treat my picture with your amateurish photoshop any way you like. It does not bother me either. 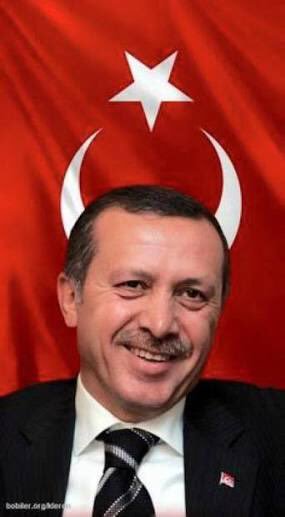 This is an example of a successful insult and creative photoshop. It is simple, humorous, symbolic, true and bold enough to drive Turkey’s butthead of state even more nuts than he was before. I don’t know who made it but if you want to be insulting, you might try to learn from this artist.

The lousy photoshop that you are spamming me with is nowhere near this standard. It is laughable, and I am amused by your incompetence, but otherwise your hate mail does not affect me, neither pictures nor words. You, on the other hand, are obviously deeply troubled by one woman’s rage against dictatorship. I already knew that it doesn’t take much to upset a bunch of idiots, but I did not expect a simple flag-burning to make such an impact. It’s such a pleasure to see Erdoğan’s fans foaming with anger over something that took so little effort.

Apparently, some of you are stupid enough to think that your pathetic attacks are going to silence me. Others think that death threats can shut me up. Dream on, I won’t be silenced. While the Icelandic flag has become a token of nationalism, the Turkish flag has become a symbol of fascism. And any Turk who supports Erdoğan’s fascist regime is responsible for that. Everybody makes mistakes and I will not hold it against you, once you realise what you have done, but I will express my opinion on fascism any way I like, including flag-burning, anytime I like, anywhere I like. And I will post it on the internet again, and again. You’d better get used to it. 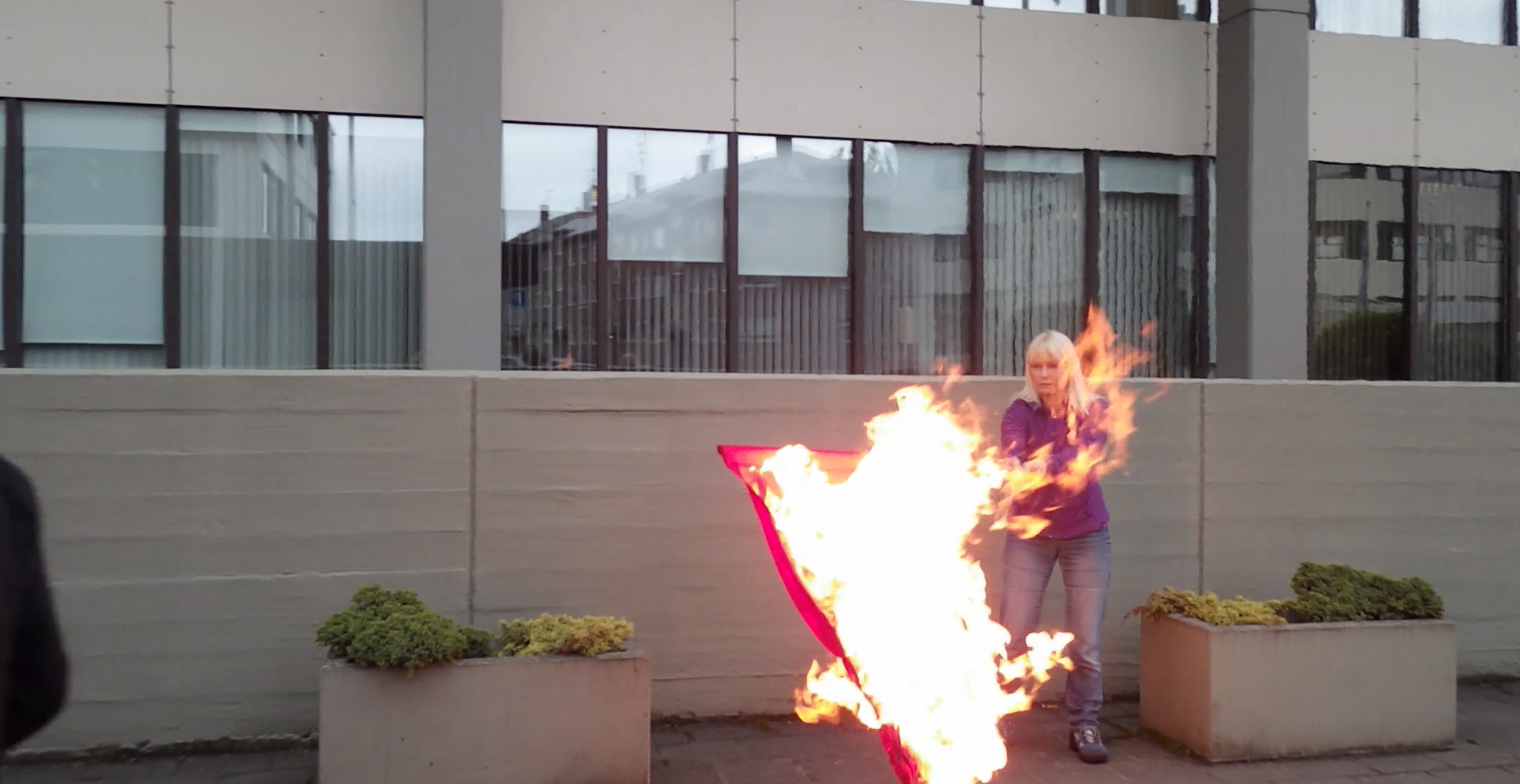 To those of you who have been sending me death threats:

I am not afraid of you. If I were tasteless I would tell you to fuck a pig, but I have no reason to insult the pig.

It may be difficult to understand for those who grew up under Erdoğan’s fascism, but you cannot censor the internet. Even if you had the guts to kill me, you could not silence me. My message is still online and if I were killed by fanatics, it would probably go viral. Besides, I live in a state where the Rule of Law is respected, and people usually don’t get away with political murders. But don’t worry, I can give you advice that will quench your thirst for blood or at least distract you.

This should make you aroused enough to indulge in sexual fantasies instead of murder fantasies, at least for a while. 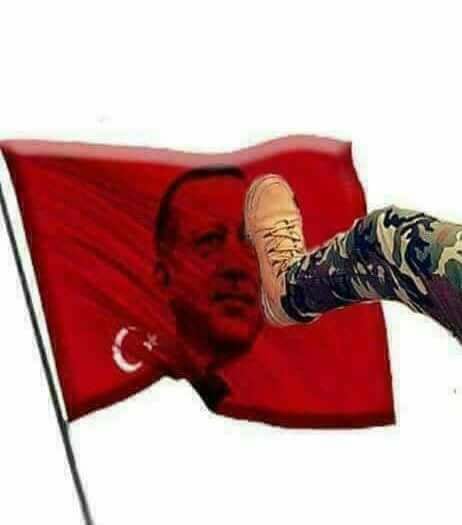 To those who are not prone to violence but still feel insulted by the flag-burning: Wake up, smell the coffee. The Turkish flag is not the symbol of your people anymore, it is the symbol of Erdoğan’s regime. It is a symbol of censorship, human rights violations, war crimes, and dictatorship. You can bash me, it doesn’t affect me, I know that anyone can be a victim of brainwashing and I will not resent you for using swear words. But in general, it would be a smart move to be nice to those who demonstrate against fascism. Because when you start suffering under Erdoğan’s tyranny, like so many other decent Turks already have, those who speak out are the people who will support your resistance, start petitions to get you out of prison, help you to escape or fight for your right to asylum. Some of your brothers and sisters in Turkey are already preparing to revolt but you might need the friendship of foreigners sooner than you imagine.