An open letter to the governments of the UK and Iceland from the parents of Anna Campbell and Haukur Hilmarsson. They were announced killed in military conflict in Afrin, Syria earlier this year.

We don’t know the exact number of Kurds killed in Afrin since Turkish forces launched the Operation Olive Branch last January, but evidently, the toll is high. Thousands of Kurdish fighters are dead or wounded. Hundreds of civilians have been killed or wounded and thousands displaced.

While a large number of devastated families have fled Afrin, many of them after being forced out of their homes to make space for other displaced and persecuted Syrians, others stay in Afrin, trying to move on in grim circumstances. One of the many things that make their life arduous is that dead bodies are still lying around, decomposing in open fields and farmlands. This is, of course, unacceptable for sanitary reasons, especially in a place where civilians’ access to water has been deliberately limited (as was the case in Afrin for many weeks in the aftermath of the Turkish invasion) and where healthcare cannot keep up with the needs of thousands of injured people. Not being able to bury the deceased makes the families’ grief even more distressful and the thought of civilians, even children, encountering the decaying bodies of their loved ones is horrifying. 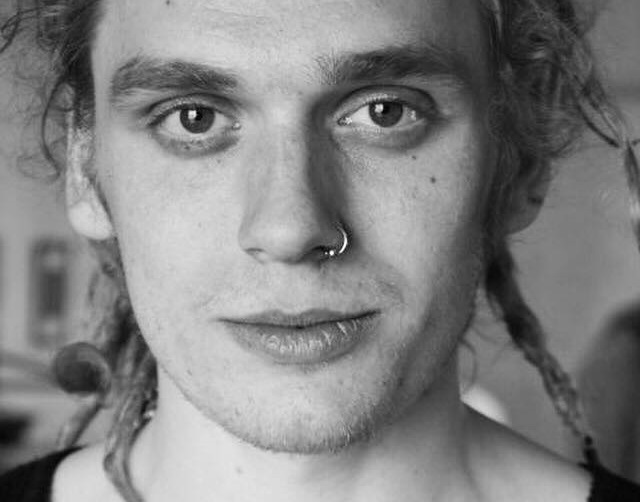 According to international humanitarian law (e.g. Article 15 of the 1949 Geneva Convention for the amelioration of the condition of the wounded and sick in armed forces in the field,) parties to a conflict have the duty to “search for the dead and prevent their being despoiled.” Apparently, Turkish authorities have not yet fulfilled this obligation. Moreover, since international humanitarian organizations have been allowed only limited access to the area, the Red Cross has not been able to search for bodies either.

The signatories of this letter are the parents of two international volunteers, Britain’s Anna Campbell and Iceland’s Haukur Hilmarsson, who were killed in Afrin earlier this year. Their bodies could not be retrieved and are probably still lying on the battlefield exposed to dogs and other animals. Since such a long time has passed, DNA tests will probably be needed to identify their remains. We are not the only families outside Syria waiting for the bodies of foreign fighters, killed in Afrin, to be found. We know of parents in many countries facing the same agony. The thought of your child’s dead body lying on the ground is bad enough but in addition, the Turkish forces and their allies in Afrin are known to have violated international law regarding appropriate treatment of the dead. 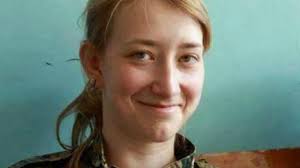 According to customary international law, maltreatment of dead bodies is a war crime. To name but two striking examples of such crimes:  In October 2015 a video clip was published, showing a Turkish military truck dragging the body of a Kurdish civilian through the streets. At first, the authorities claimed that the video was forged. Later they stated that this conduct was reasonable since a bomb might have been attached to the body. Apart from the fact that they had no reason to think that any bomb was involved, this kind of behaviour is certainly neither sensible nor acceptable, even for a body carrying a bomb.

A recent case is even more barbarous. On February 1st this year a video was shared on social media displaying the dead body of a Kurdish female fighter named Barin Kobani. The video shows several soldiers chatting and laughing. The girl’s dead body is lying on the ground, an arm is missing. Her pants have been pulled down, exposing her private parts. Her shirt is pulled upwards, but we don’t see her breasts since they have been cut off. A piece has also been cut from her abdomen. One of the soldiers tramples her body. The militants belong to the FSA, which along with ISIS controlled the area, as agents of the Turkish government, at the time of Kobani‘s killing and mutilation.

The international community has severely failed the Kurdish people. One consequence of this is that laypeople all over the world have bravely joined the Kurdish resistance, hoping to stop ethnic cleansing, defending civilians from the atrocities of jihadists and supporting the effort to establish democracy in the Middle East – all tasks that should be carried out through international cooperation of states. Many of these volunteers have lost their lives in the illegitimate Turkish invasion of Afrin. But for many Western governments, even the death of their own citizens has not pushed them to condemn the invasion, notable exemptions being Angela Merkel and Emmanuel Macron. The friends and families of several international volunteers killed by Turkish forces are now experiencing the agony of not knowing if the bodies of their loved ones have been buried in mass graves or are still lying in the open. They are even more distressed by the numerous examples of maltreatment of the dead, by the forces governing the area. In spite of the Turkish authorities neglecting to search for the dead and protecting the bodies, the governments of most of these fallen fighters’ home states have not even bothered to ask the Erdoğan government if it has fulfilled its obligation to search for the dead.

The bereaved friends and families of Britain’s Anna Campbell and Iceland’s Haukur Hilmarsson hereby challenge the governments of the UK and Iceland to confront Turkish authorities on their obligations to the dead. Ask them why the Red Cross was not given free and secure access to Afrin until May. Ask them when they intend to collect the bodies, and – if a part of the area has been cleared, where the bodies are to be found. And if you don’t get immediate and accurate answers, use your influence in NATO, the Council on Europe and the United Nations and pressure the international community to call upon Turkey to honour its commitments under the Geneva Conventions and abide by international humanitarian law. This is the least you can do for your fallen citizens, the people who took responsibility when you, as leaders, failed to protect one of the most persecuted nations on earth.